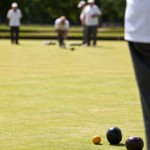 In a previous post I was talking about the 4 barriers to success that I regularly encounter at bowling clubs. These were Desperation (for a good green), Traditions (that aren’t as traditional as we think sometimes), Myths (not dragons and wizards, but greenkeeping myths) and of course Consistency or rather the lack of it.

Well today I want to tell you a story about a typical bowling club. Just for the record this isn’t based on any one club, but is a very common pattern of events. If you are a bowling club member, you might instantly recognise this pattern and think I am talking about your club, but I assure you I’m not. If you are a bowling club member and this doesn’t ring any bells, then I would put money on your green being the best in your area, that you have a thriving membership and everything at your club is rosy. If that’s the case you are to be congratulated. To the story then:

Back in the late 1970’s our bowling club was doing ok, membership was thriving and the green was playing well. The greenkeeper, who we’ll call Tom, was an enthusiastic amateur and up until that point he had the full backing of the membership, he was END_OF_DOCUMENT_TOKEN_TO_BE_REPLACED