LDP seems to just appear overnight on your green and it can devastate a club’s entire bowling season. It is also the issue that finally helps clubs to start understanding that some of the greenkeeping they’ve been doing is detrimental to green performance.

LDP doesn’t go away easily and it doesn’t even go away when it appears to have gone away. The effects of it are masked somewhat by the prolonged wetting of winter, only for it to reappear in June, seemingly without warning, so right now is the time to start dealing with it permanently if you’ve had this problem before.

Common symptoms that you might not immediately associate with LDP include:

What does LDP do? 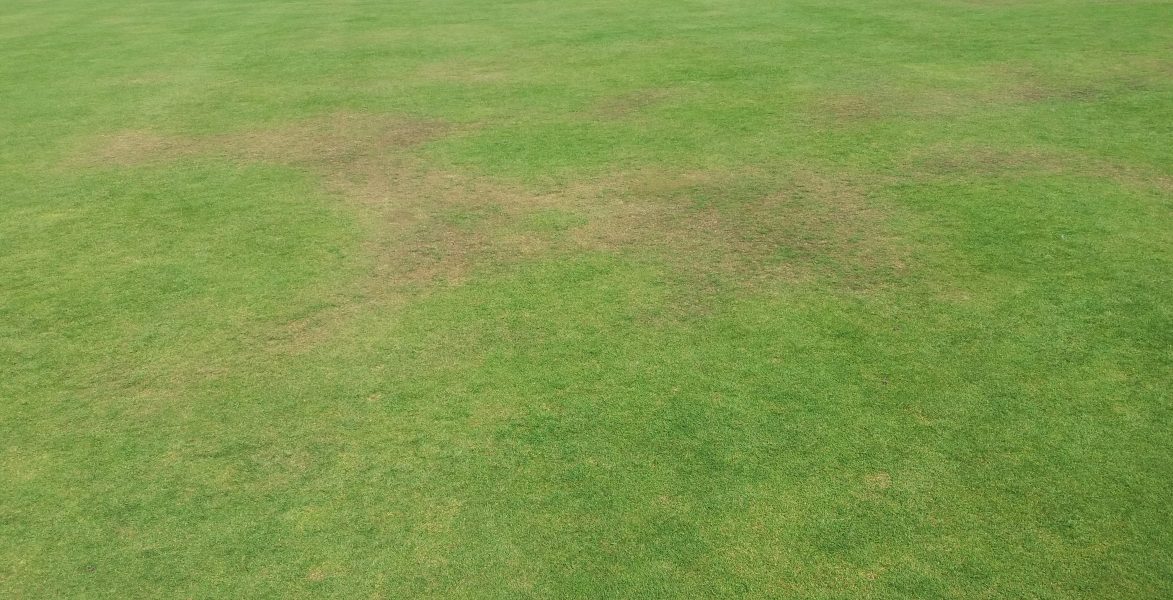 LDP causes large areas of turf and even whole greens in extreme cases to resist moisture. The soil has become Hydrophobic. Water will lie on the green surface for a long time and the soil underneath will remain powder dry and unable to support plant life.

The result is large brown patches on the surface where the thatch eventually dries out so much that it becomes hard and brittle. At this point it will shrink to below surface level, causing large pans of low lying turf which of course affect the performance of the green to a level that is unacceptable. Temporary measures such as sarrel rolling, hand watering and wetting agent

application can help to get water into the green, but the water still wont adhere to the soil particles below making sure that most of the irrigation water runs straight through to the drains.

How to cure LDP in Bowling Greens