Have you ever played a great game of bowls when everything on the green was perfect; you read every twitch on the rink and it seemed like you had finally got the green the way you wanted it.

The disappointment when you return to the green the very next day, prepare the rink in completely the same way but get totally different and inferior results is maddening.

What went wrong? or maybe what went right?

Like green speed, there is much debate about surface consistency, both in terms of consistency across the green surface and consistency of playing conditions over the season.

In order of their impact on green surface consistency these are the top 7 factors that you should bear in mind. Obviously there are others such as weather patterns, level of play etc, but these are largely out of the greenkeepers control and in any case do not figure highly in the management of green consistency.

Following on from yesterdays post on Performance Green Properties, the ideal bowling green then, will be uniform in terms of appearance, pace and consistency of play over the whole green and over the season. We will probably see an increase in pace as the summer progresses, but we shouldn’t see too many fluctuations in this pace during an average season.

This consistency is achievable, but only by first getting the green  into a condition where it has returned to behaving as one living eco system. This means that the green will demonstrate some very specific attributes. Today we will consider the surface properties  of such a green. It will need the following :

The grasses we use to produce the surface will need to demonstrate the following attributes:

All of the above points us to the finer Bent and Fescue Grasses. So now that we know the kind of surface we need and the kind of grass sward we need in order to achieve this surface we can start to define the ideal growing conditions required by such a sward.

It goes without saying that there should be no weeds in the green surface and by weed I mean any plant life that can disrupt the playing surface. Now, most weeds are obvious because they are broad-leafed and show up in stark contrast to the grass surrounding them. However, there are a few less obvious weeds that can also cause inconsistency on the playing surface such as pearlwort and yarrow and these can sometimes be hard to spot and eradicate, Yellow suckling clover is another difficult weed to deal with.

In addition to the weeds proper referred to above, many greenkeepers who would also consider annual meadow-grass (Poa annua) to be just as bad a weed pest as any dandelion or daisy, but the hard truth is that many greens are so badly infested with this grass that to get rid of it quickly would be to get rid of the majority of the grass sward, leaving the green in a very poor state.

The good news is that the approach required to achieve a performance green outlined in this book will gradually make your green unattractive and unaccommodating to both broad-leafed weeds and weed grasses like annual meadow grass.

In addition to rogue grasses and weeds the surface can be disrupted by a plethora of different pathogens that directly interact with the grass, usually to its detriment and that of the green surface. These are almost always fungal diseases and some of the more common are fusarium, red-thread and snow mould.

Sometimes confused with diseases are a series of other green defects usually labelled as disorders. These are generally not pathogenic, so don’t directly damage the grass plants, but their effects can be just as devastating to bowling greens. These include slimes and squidge usually associated with acidic soil conditions and the very problematic Localised Dry Patch, associated with thatch, over use of sand and irrigation problems.

Again though, there is nothing to worry about because like we saw with unwanted grasses and weeds in the sward, the conditions required to produce a consistently high performance green will make your green extremely unattractive to these troublesome disorders and diseases.

The soil we use to support both the structure of the bowling surface and to sustain the grasses required for a high performance surface will require the following attributes:

We will keep exploring this and tomorrow I’ll be looking at the sub surface requirements for performance; what goes  on beneath?

As bowling green maintenance specialists we get lots of questions every week about thatch. So here is a quick crash course on it; what it is, what it does and how to deal with it:

Thatch is the name given to the mat of dead roots and shoots that accumulates on the surface of the green. Where moisture, nutrition and cultural practices are optimised for the desired grasses, thatch rarely becomes a problem. However, when soil air content is low, or if drainage is poor and the fertiliser program is not END_OF_DOCUMENT_TOKEN_TO_BE_REPLACED

The texture of greens turf is influenced mainly by the width of individual grass plant leaves. The preferred texture for fine turf will be based upon leaf widths ranging from 1.5 to 3 mm.

When comparing turf texture, you should measure leaves of the same age or that are at the same stage of development.

The cultural practices employed in maintenance such as mowing height, fertiliser program and aeration can significantly change leaf texture.

Creeping bentgrass can be reduced by up to 50% as can annual meadow grass. This has been experienced on many greens where the decision has been made to manage the existing sward rather than to aim for fine species dominated swards.

Sward density and stresses from disease, drought, wet or cold can also have a significant effect.

When deciding on seed mixtures it is advisable to choose cultivars and species with similar fine leaf textures in order to achieve a uniform turf.

Over the next few weeks I will publish a few articles to help you to evaluate your turf with an aim to improving its performance over the long term.

Density is perhaps the most important component of turf grass quality. When rating the visual quality of turf it is the shoot density of the grass plants above all else that impacts on the look and function of the turf.

Unlike unoformity, turf grass density can be measured by counting the number of shoots or leaves per unit area although this is rarely done in practice.

A high turf grass density helps to crowd out competition form weeds and weed grasses and is a key quality in producing smooth and fast greens.

The shooting density can vary widely between species and also between individual cultivars within the same species.

The cultural practices employed in maintaiing the turf also contribute to shoot density as does the growth habit of the grass type used. The seeding density and the success of the initial establishment program can also be important factors in the relative density of the non-creeping turf grass species such as chewings fescue and browntop bent.

Attention to soil moisture, mowing heights and correct turf nutrition all have a role to play in increasing the shoot density.  Bentgrass typically produces the most dense turf with shoot densities sometimes reaching over 1,700 shoots per square decimeter, which is equivalent to 164.8 billion shoots per acre. 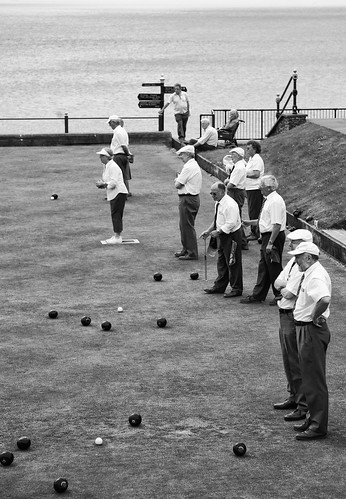 Over the next few weeks I will publish a few articles to help you to evaluate
your turf with an aim to improving its performance over the long term.

Within this series I will demonstrate how it is possible to formulate “a theory of everything” for want of a better name, that can guide us in the right direction if we care to listen and take note for the improvement of turf performance for bowling or sports in general.

Over the series we will see how all of the available methods of evaluation point by and large to the same root causes and that to improve turf performance we actually have to improve turf and soil health.

The first of these qualities is Uniformity which is an estimate of the even appearance of a turf.
High quality turf should be uniform in appearance. The presence of END_OF_DOCUMENT_TOKEN_TO_BE_REPLACED 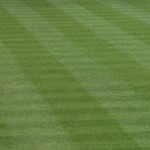 How can we ensure a consistently high performance bowling green that is economical to produce and maintain. There are 4 specific goals that we need to achieve to say that we have such a green:

Green Speed; the actual surface pace that we can reasonably expect from the green on a regular basis.
Consistency; the ability of the green to replicate high performance throughout the day, week and season and also from season to season.
Predictability; the ability of the green and individual rinks to be set up for play of a reasonably predictable nature, time after time and over time.
Achievability; high performance must be not only physically achievable but also relatively easily achievable and for that the program we put in place must tick the following boxes; it must be:

Workable; with “in-house” labour and skills or with a financially sustainable amount of “bought in” labour and skills.
Sustainable in terms of its environmental, financial and infrastructural requirements.
Replicable time after time within the parameters defined above.
Minimum Input in terms of artificial fertilisers, chemicals and expensive bought in machinery or skills.

The goals we have set above require us to produce a very specific kind of green surface.